HBO Max has released the official trailer for the upcoming thriller series, Tokyo Vice. Based on actual events, Tokyo Vice stars Ansel Elgort as American journalist Jake Adelstein, who, while reporting for a Japanese newspaper, uncovers corruption within the Tokyo Vice police squad. The show was created by award-winning playwright J.T. Rogers and is inspired by Adelstein’s 2009 memoir, Tokyo Vice: An American Reporter on the Police Beat in Japan. Veteran filmmaker Michael Mann (Heat, Miami Vice) has directed the pilot of the 8-episode series. Tokyo Vice will premiere on HBO Max on April 7, 2022. You can check out the trailer below.

The HBO Max logline for Tokyo Vice reads: “Loosely inspired by American journalist Jake Adelstein’s non-fiction first-hand account of the Tokyo Metropolitan Police Beat, the crime drama series, filmed on location in Tokyo, captures Adelstein’s (played by Ansel Elgort) daily descent into the neon-soaked underbelly of Tokyo in the late ‘90s, where nothing and no one is truly what or who they seem.”

Tokyo Vice also stars Ken Watanabe (Godzilla, The Last Samurai) as detective Hiroto Katagiri, of the organized crime division of the Tokyo Police Department, who is also a father figure to Jake throughout the series as he helps guide him along the thin and often precarious line between the cops and the world of organized crime. The rest of the cast includes Rachel Keller (Legion, Fargo), Ella Rumpf (Raw), Rinko Kikuchi (Pacific Rim), Hideaki Itō, Show Kasamatsu, and Tomohisa Yamashita.

Destin Daniel Cretton (Shang-Chi and the Legend of the Ten Rings) also serves as director. However, Michael Mann sets the tone for the rest of the series. Tokyo Vice incorporates Mann’s signature style, featuring surreal imagery and colorful visuals. Mann is also executive producing the series. As apparent from the trailer, Tokyo Vice also promises riveting drama and thrilling action, so be sure to check it out.

The first three episodes of Tokyo Vice will debut on HBO Max on Thursday, April 7, 2022, followed by two episodes releasing every Thursday till April 28.

Related: These Are the Best Michael Mann Movies, Ranked

Michael Mann Will Next Direct His Passion Project Ferrari

Michael Mann has been developing his dream project, Ferrari for almost two decades. Last month, Mann announced that Ferrari was officially moving forward with Adam Driver replacing Hugh Jackman in the lead role. Penélope Cruz and Shailene Woodley will also star. Excited about the film, Mann said, “Being able to have these wonderfully talented artists, actors Adam Driver, Penélope Cruz, and Shailene Woodley, bring to life these unique characters on location in Modena and the Emilia-Romagna is a vision fulfilled.”

Penned by Troy Kennedy Martin (The Italian Job) and adapted from the book Enzo Ferrari: The Man and the Machine by Brock Yates, the film will follow one fateful year in the inspiring life of the Italian race car driver and entrepreneur, Enzo Ferrari. The plot synopsis reads, “Ferrari is set during the summer of 1957. Ex-racecar driver, Ferrari, is in crisis. Bankruptcy stalks the company he and his wife, Laura, built from nothing ten years earlier. Their tempestuous marriage struggles with the mourning for one son and the acknowledgement of another. He decides to counter his losses by rolling the dice on one race – 1,000 miles across Italy, the iconic Mille Miglia.”

Mann will shoot Ferrari on location in Italy this summer, and if all goes well, the film should hit the theaters in 2023.

Mudit Chhikara is a news writer at MovieWeb. He holds a bachelor’s degree in electronics, but being a lifelong cinephile, Mudit decided to write about movies for a living. 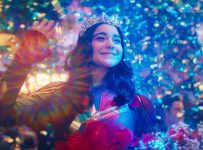 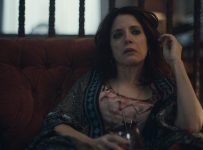 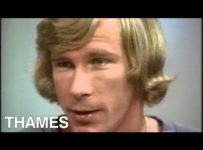 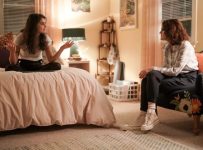 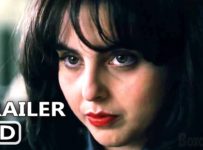