The Whisperer War ends with a whimper in The Walking Dead coronavirus delayed season ten finale. “A Certain Doom” has the Alexandria survivors surrounded by Beta’s (Ryan Hurst) horde. Father Gabriel (Seth Gilliam) and Daryl (Norman Reedus) engage a risky plan to lead the thousands of walkers away. Meanwhile, Eugene (Josh McDermitt), Ezekiel (Khary Payton), Yumiko (Eleanor Matsuura), and Princess (Paola Lázaro) get delayed on their rendezvous with Stephanie. Hope dwindles, but all is not lost. The long disappeared Maggie (Lauren Cohan) has received the news of the Whisperer threat.

“A Certain Doom” opens in a frenzy at the hospital tower. Father Gabriel runs into Diana (Kerry Cahill) as they prepare defenses. RJ (Antony Azor) and Gracie (Anabelle Holloway) tell him they’re frightened. Gabriel calms them by showing his fingers balled into a fist, “Together we make a mighty weapon – Alexandria, the Hilltop, Oceanside, the people of the Kingdom, and the others. Gracie asks who are the others? A montage shows Daryl’s group reaching the tower, Eugene’s group furiously cycling on the road, Virgil (Kevin Carroll) reaching Oceanside, Alden (Callan McAuliffe) and Aaron (Ross Marquand) encountering a masked fighter. Then drumroll please, Maggie digging up a letter explaining the entire situation.

Beta has a vision while leading the horde. The walkers turn towards him and whisper, “We are the end of the world. This is the end of the world.” They have the entire hospital complex encircled. On the road, Eugene has crashed his bicycle and warped the front wheel. They are going to be late for the meeting with Stephanie at the railyard. He laments they have failed, but Ezekiel refuses to let him give up, “We set out to do this. And we’re going to do this.”

At the tower, Daryl and Carol (Melissa McBride) booby trap the stairwells. Daryl is worried that he’ll never see Michonne again. Carol reminds him she wouldn’t have left RJ and Judith (Cailey Fleming) if she didn’t trust him. Everyone gathers around Gabriel as he discusses the plan. Luke (Dan Fogler) has the radio set-up for their “pied piper thing.” They need to reach the wagon and lead the walkers away. It’s on the other side of the horde. Four groups, two in each, will go. Some will carry the cargo, while the others protect. Lydia (Cassady McClincy) volunteers, but the Oceansiders refuse to work with her. Diane reminds Carol that Negan (Jeffrey Dean Morgan) helped to attack the Hilltop.

Carol hides a knife up her sleeve while preparing. Lydia approaches her. She doesn’t hate Carol for having her mother killed, “She was never my mother, in a way that matters.” Lydia wants a friendship with Carol. But Carol tells her that she must find her own way. Lydia is not looking for another mother. They can be something else.

Luke covers Jules (Alex Sgambati) with walker blood and guts. Daryl gives Kelly (Angel Theory) a Whisperer skin mask. Jerry (Cooper Andrews) and Magna (Nadia Hilker) also suit up. Daryl confronts Negan for not going with them. “I’m on the tip-top of every skins’ kill list,” he replies. Daryl implores him to “put his ass on the line, like everybody else.” Daryl says goodbye to Judith as they head out.

Jerry opens a door to let the walkers in. They slink by as the blood-covered group goes into the street. They amble slowly through the horde. A Whisperer approaches Daryl and Kelly, but is shot with an arrow from the tower. He screams as his body is devoured and torn apart. Lydia and Gabriel watch from above with binoculars. The archers hit another Whisperer as he targets Magna. Beta sees what’s happening. He orders his followers to turn and tighten the herd. The archers lose sight of their people. Suddenly explosions rock the stairwell. The Whisperers have entered the tower.

Negan tells Lydia they have to leave. She refuses. He reminds her they will never be trusted. Negan gives her Alpha’s skin mask. Lydia cries as Negan rappels down the elevator shaft to escape. Daryl and Kelly make it to the tree line. Jerry, Magna, Jules, and Luke are already there. Carol and Beatrice (Briana Venskus) are stuck in the horde. A Whisperer stabs Beatrice in the leg. Carol kills him, but Beatrice is slaughtered. Carol can’t grab her backpack with the equipment. It’s picked up by Lydia, who is wearing Alpha’s mask. She joins Carol and they regroup with Daryl.

Gabriel barricades the doors. The Whisperers break through with an axe. Outside, Beta hears loud music. The Talking Heads “Burning Down the House” is blasting. The walkers turn towards the noise. The wagon leads the entire horde away from the hospital. Daryl’s group is armored to protect it. In the tower, the Whisperers throw one of the bombs in the hallway. The explosion kills several people, but Gabriel escapes.

The wagon continues into the night. Lydia sees the Whisperers coming through the horde. They use the walkers as shields to block the arrows. The Whisperers try to outflank them. They disable the wagon. The stereo is destroyed. Daryl tells the others they need to kill the Whisperers one by one. Lydia volunteers to lead the walkers off the cliff. Luke warns her that’s suicide.

At the tower, Gabriel grabs a shotgun. Judith realizes he’s not coming. He has to stay as the “last line of defense.” Gabriel ‘s last words for Rosita (Christian Serratos), “Tu eres mi media naranja.” Judith escapes down the elevator shaft. The Whisperers break through. Gabriel is overcome. They pin him to the ground, but the masked fighter with two scythes comes to his rescue. The fighter shreds the Whisperers. The last one is killed by an arrow. Gabriel is stunned to see Maggie come through the door. She smiles at the bad-ass fighter, “It’s okay, he’s with me.” Maggie and Gabriel embrace.

In the woods, Daryl and Magna kill the Whisperers. “Hey Sh*thead,” Beta turns around to see Negan in his skin mask. He charges Negan and knocks him to the ground. Beta whispers, “For Alpha.” He raises his knife, but is attacked from behind by Daryl. He stabs Beta through the eyes. Beta hears Alpha’s voice, “In darkness we are free.” He has a vision of their time together. The walkers start to tear him apart. He smiles as his mask is torn off. Daryl and Negan see Beta’s face as he’s killed.

In the daylight, Lydia has led the horde to the cliff. Carol has been behind her. She tells Lydia to go. She will finish it. Carol walks to the ledge. She closes her eyes, but is pulled away. Lydia huddles with her as the horde plummets off the cliff. They cling together crying. Lydia throws Alpha’s mask over the edge.

Everyone regroups in the woods. Gabriel places his jacket over Rosita and baby Coco. Maggie hugs Judith and RJ. Carol and Lydia return. Negan has chosen to say. Daryl tells Carol, “You still got me.” New Mexico is out there for them. Carol acknowledges they will leave, but “we still have things to do here.”

A dirty and dishevelled Connie (Lauren Ridloff) stumbles through the woods. She hasn’t been seen since the cave. Connie collapses on the road. A rider on a horse approaches. She looks up to see Virgil.

“A Certain Doom” is a reflection of our sad times. The episode is obviously cobbled together after production was halted. A banner tenth season limps to a piecemeal conclusion. The Whisperers and Beta are easily vanquished. No major characters are killed. Maggie appears out of nowhere with an unnamed ass-kicking sidekick. It’ll be interesting how she handles Negan. Eugene didn’t find Stephanie, but it certainly looks like the Commonwealth storyline is being set-up. Carol and Daryl announce they’re leaving. Paving the way for the show to end after a super-sized twenty-two episode eleventh season. The Walking Dead will return to AMC in the spring of 2021. 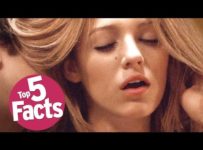 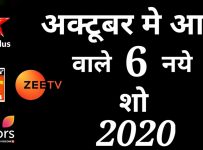 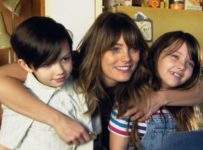 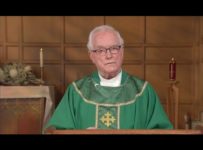 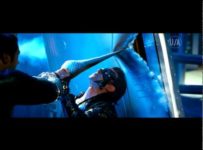 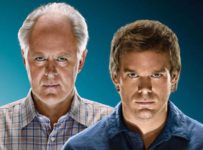