Crisis is a dramatic thriller that addresses the opioids epidemic from multiple points of view. A star-studded ensemble cast weaves together three separate storylines to a climactic juncture. Writer/director Nicholas Jarecki (Arbitrage) illustrates the root causes of opioid addiction from corporate production and criminal trafficking to the deadly results on city streets. The individual chapters are well-acted and sobering. But the film falls short in a predictable third act that becomes contrived and sanctimonious.

Claire returns home from work to find her son missing. Unable to get any real traction from the police, she decides to contact his friends. Dr. Bower and his graduate assistants discover that the new, supposedly non-addictive wonder drug, is just as lethal as its predecessors. He informs his department head (Greg Kinnear) and the drug manufacturer’s corporate liaison (Luke Evans) of the findings; who then try to discredit him. Meanwhile, personal issues and an unexpected wrinkle disrupt Jake Kelly’s massive drug deal. As Dr. Bower, Claire, and Jake struggle to find answers, their paths are inexorably destined to collide.

Crisis establishes genuine intrigue in the first act. The opioid devastation is presented with unvarnished ugliness. Nicholas Jarecki illustrates the link from junkies and pill mills to the entities profiting from addiction. The drug cartels are put on the same footing as the corporate producers. Dead bodies and heartbroken families have no impact on the bottom line. Profit has zero conscience. The three lead characters learn that difficult lesson as their lives are destroyed.

Crisis loses focus when it tries to tie the threads together. Initially good exposition falls apart with absurd contrivances. The film uses random dumb luck and opportune coincidences to bring the characters together. A critical scene, where two leads meet for the first time, is completely unbelievable. It’s an easy way out of the elaborate set-up. Nicholas Jarecki does this to make a declarative statement on opioids, and what dark lengths they drive good people to. That viewpoint is crystal clear from the beginning. Jarecki needed a better written resolve. The ending feels obvious and preachy.

Evangeline Lilly and Armie Hammer are very good here. Their character arcs have the dramatic depth that shows the personal toll of opioid addiction. The film gives equal time for the helicopter perspective of the epidemic, but it’s the ground level stories that resonate. Every overdose and criminal act leaves a wake of despair for those who pick up the pieces. Crisis will be compared to Steven Soderbergh’s Traffic. It’s not nearly in that league, but paints a vivid picture of the human cost. Thus earning a “see” recommendation. Crisis is produced by a consortium led by Les Productions LOD and Bideford Productions. It will be released theatrically on February 26th by Quiver Distribution, and then domestic home video a week later on March 5th. 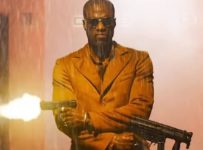 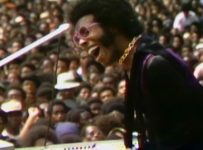 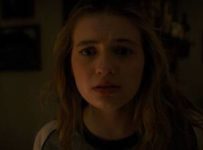 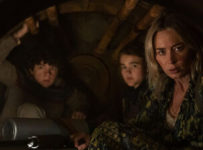 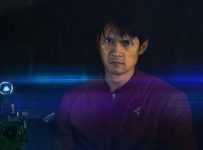