The film adaptation of Tom Clancy’s Without Remorse bears little resemblance to the source material. Michael B. Jordan is a ferocious protagonist who shreds baddies as a vengeance-seeking Navy Seal. But the classic character’s twenty-first century upgrade is nearly torpedoed by a preposterous plot. The tense and agonizing storyline from the novel is replaced by absurd geopolitical machinations. Slick action scenes, and the groundwork for a better sequel, save the film from being a huge disappointment.

Kelly’s instincts prove to be correct. The team rescues their man, but encounters a completely different enemy than expected. Three months later, John Kelly has settled into domestic life with his heavily pregnant wife (Lauren London). But as he contemplates retirement after a lifetime of military service, a heinous attack on his family and unit members changes everything. Kelly becomes an unstoppable force for revenge.

Tom Clancy’s books are impeccably written. He wove spellbinding, intricate narratives with richly imagined characters. I’ve read almost all of his work, and like millions around the world, am an unabashed fan. I did not expect this film to be an exact replica of the book, but am frankly stunned by the changes. Without Remorse is ham-fisted with a laughably obvious villain. It’s entirely predictable with nothing memorable about the supporting characters. This is quite surprising from a Taylor Sheridan (Sicario, Hell or High Water) screenplay, and Italian director Stefano Sollima (Sicario: Day of the Soldado). These filmmakers should have knocked this story out of the park on their worst day.

Michael B. Jordan and the action choreography are the saving grace. Without Remorse works as a pure action film. Several standout scenes lift the inane script. The opening gun battle sets the stage for the close-quarters combat to come. John Kelly isn’t mowing people down like Rambo with a gatling gun. He’s an elite Navy Seal who uses suppressed rifles, wicked hand-to-hand fighting, and stabbing knives. The special forces and their tactics are ably depicted. Jordan is entirely believable as a man with nothing left to lose. He delivers punishment with an ultra-chiseled physique and boiling rage.

Without Remorse sets the stage for future Rainbow Six films. Anyone who’s read Tom Clancy knows where the story is going. I view Without Remorse as a primer for what’s to come. Audiences are familiar with Jack Ryan and his adventures. John Kelly, who undergoes a slight name change, comes to the cinematic forefront in the “Clancyverse”. The next installment needs to be an improvement over this one. Note to the producers, stick to the books and you can’t go wrong. Without Remorse is a production of Paramount Pictures, Skydance Media, and Weed Road Pictures. Amazon Studios will stream the film globally April 30th on Prime Video. 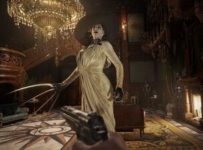 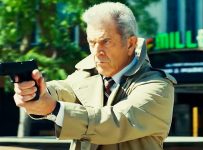 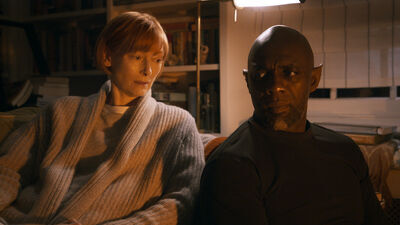 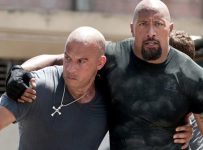 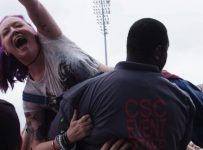 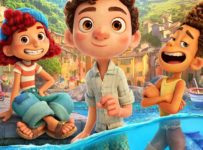