Netflix has debuted first-look images from the upcoming season five of Cobra Kai. After months of speculation, Sean Kanan has been confirmed to be returning as Mike Barnes from The Karate Kid Part III. However, it’s unclear where his loyalties lie at this point. Cobra Kai season 5 is set to premiere next month, and the Karate Kid spinoff is gearing up for a clash between the legacy characters in arguably the most epic season yet. You can take a look at the ten brand-new images below.

Also returning is Chozen Toguchi (Yuji Okumoto), the former rival and now unlikely friend of Daniel LaRusso (Ralph Macchio). The battle between the Miyagi-Do trained Chozen and No Mercy’s Terry Silver is probably what fans are looking forward to the most this time around, and the Cobra Kai season 5 trailer left no doubts that it’ll happen.

As for Cobra Kai’s young stars, Tanner Buchanon and Xolo Maridueña reprise their roles as the leads, Robby Keene and Miguel Diaz, respectively, though they still don’t appear to be on friendly terms.

And in a shocker, Cobra Kai season 4 fan-favorite Devon Lee (Oona O’Brien) seems to have ditched Johnny’s Eagle Fang Karate for Cobra Kai and is training with Tory Nichols (Peyton List), who bested her at the All Valley Tournament. Nothing makes sense about that, considering Tory herself was having second thoughts about staying at Cobra Kai at the end of Season 4, and Devon didn’t appear to be the Cobra Kai type. But as the show has proved time and again, people change.

Cobra Kai Season Five Will Be The Most Epic One Yet

No one could have predicted that a Johnny Lawrence-focused Karate Kid spinoff could become one of the most popular and beloved shows of recent times. Reviving the seemingly dead Karate Kid franchise, Cobra Kai premiered in 2018 on YouTube Red before shifting base to Netflix from the third season onwards. Blending soap opera and action-packed drama, Cobra Kai continues to get better every year, and the upcoming fifth season promises to be the most intense and epic one yet.

Cobra Kai season 4 didn’t end well for almost all the characters, except for the pony-tailed villain Terry Silver, who proved to be even more duplicitous and fiercer than before. Silver double-crossed his close friend and the main antagonist, John Kreese (Martin Kove), effectively sending him to jail for a long time. Johnny left to rescue Miguel, who ran off to Mexico to find his “dangerous” father, leaving Daniel and Chozen to band together to foil Silver’s nefarious schemes. But a final showdown between the four is inevitable.

In the meantime, check out the following trailer and plot synopsis:

“Following the shocking results of the All Valley Tournament, Terry Silver is expanding the Cobra Kai empire and trying to make his ‘No Mercy’ style of karate the only game in town. With Kreese behind bars and Johnny Lawrence setting karate aside to focus on repairing the damage he’s caused, Daniel LaRusso must call on an old friend for help.” 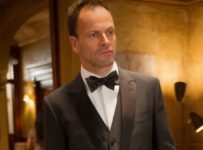 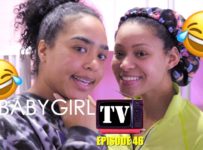 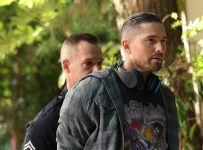 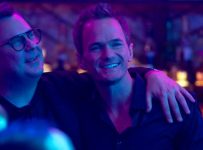 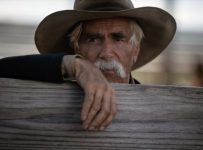 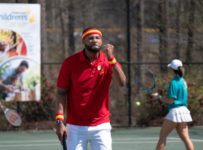