CSI is returning to CBS.


The network has ordered CSI: Vegas, the sequel to the Network’s global hit CSI: Crime Scene Investigation, one of the most-watched drama series of the 21st century.


CSI: VEGAS opens a brand new chapter in Las Vegas, the city where it all began. Facing an existential threat that could bring down the Crime Lab, a brilliant new team of forensic investigators must welcome back old friends and deploy new techniques to preserve and serve justice in Sin City.


“Twenty-one years ago, we launched ‘CSI’ and watched in awe as this new cinematic series launched an entire genre and became a groundbreaking juggernaut that still has global resonance today,” said Kelly Kahl, President, CBS Entertainment.


“We are thrilled to welcome the next generation of forensic criminalists to the ‘CSI’ brand and unite them with the legendary characters from the past who we still love, including the extraordinary Billy Petersen and Jorja Fox.”


“Crimefighting technology has advanced dramatically over the last several years, and combined with classic ‘CSI’ storytelling, we can’t wait to watch this new ‘CSI’ team do what they do best: follow the evidence.”


“I’m excited to be bringing back the ‘CSI’ franchise to all our fans who have been so loyal to us for all these years,” said Jerry Bruckheimer.


“And to be back in Las Vegas where it all started over 20 years ago makes it even more special. We’ve enjoyed working on this project with CBS and look forward to welcoming back Billy, Jorja and Wallace as they join a new group of talented actors in CSI: VEGAS.”


Mandeep Dhillon’s casting broke just ahead of the revival getting a series order, and is set to play Allie. A, who is described as a “bonafide genius.”


Allie earned her PhD in forensic archaeology at Harvard, but she always had aspirations of becoming a crime scene investigator.


Lauria is on board as Josh, a Level 3 CSI who excels at crime scene reconstruction, while Newsome is set to play Maxine, the new head of the Vegas Crime lab.


Rodriguez will play Hugo, the head medical examiner who has a slightly creepy obsession with dead bodies.


The CSI franchise was huge for CBS for over a decade, beginning with CSI, before adding in CSI Miami, CSI NY, and CSI Cyber.


The series has also spawned videogames and still lives on in other media.


The franchise is said to be worth over $1 billion.


CSI Season 15 averaged 8.3 million total viewers and a 1.3 rating in the demo, but the two-hour series finale event managed 12.2 million viewers and a 1.8 rating. The Las Vegas-set original series was, at one time, the most-watched show in the world.


Jason Tracey will serve as executive producer and showrunner for CSI: VEGAS.


The series will be produced by CBS Studios in association with Jerry Bruckheimer Television and distributed internationally by ViacomCBS Global Distribution Group.


The original was the most watched drama series in the world for seven years between 2006 and 2016.


CSI was one of the most watched drama series franchise globally in the past 20 years.


Your thoughts on the news? 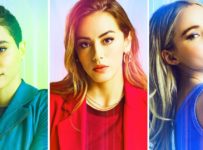 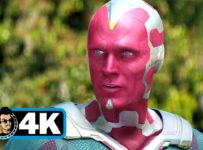 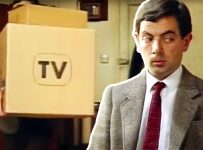 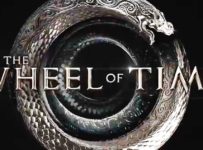 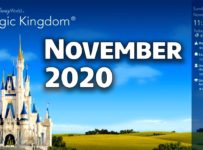 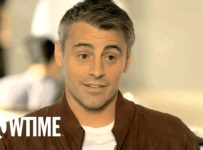