While most of us could never imagine seeing our parents’ story on the big screen, it would be nearly impossible to not find fault in a stranger’s outsider take on your parents’ relationship, lives, reputations, resemblances; the memories and legacies being too precious to be left in someone’s unfamiliar hands. It’s been seen time and again, loved ones appalled by their family’s depiction. Lucie Arnaz has taken to Instagram to share her thoughts after viewing Being the Ricardos. She had this to say, “It’s friggin’ amazing.” Here’s the video!

She captions her delightful video with, “Hello, Friends! It’s I Love Lucy Day! And what better way to celebrate than with a little update on @amazonprimevideo ‘s new Lucy movie, “Being the Ricardos,” starring @nicolekidman Nicole Kidman as Lucille Ball and @bardemantarctic Javier Bardem as Desi Arnaz. I’ve seen the film! And, let me tell ya …. well, you can listen here and find out! .#ilovelucyday #beingthericardos#luciearnaz #lucilleball #desiarnaz#ilovelucy #lucyricardo #rickyricardo#featurefilm #makingmovies#comingsoon #moviereview#nicolekidman #javierbardem#bigscreen #amazonprime#amazonprimevideo #moviemagic”

RELATED: Nicole Kidman Opens Up on Playing Lucille Ball: I’m Way Out of My Comfort Zone

Lucie Arnaz declares in the video, “[Sorkin] made a great movie… He captured the essence of that time in their lives so well. He captured the heart of my mother and my father, their relationship. He captured the love between those players in the I Love Lucy show. The tension that was brought on in this particular week when all hell broke loose.”

“Nicole Kidman became my mother’s soul. She crawled into her head. I don’t know how you do that. She cared very deeply about this part, [and] it shows. And I believed everything she said. She looks beautiful – thank God they didn’t do exact lookalikes, I couldn’t have taken it.”

While Arnaz admits Javier Bardem is not a spitting-image of her father, she gushed at the performance Bardem displayed. “They have a different profile and body shape and stuff, but he has everything that Dad had. He has his wit, his charm, his dimples, his musicality. He has his strength and tenacity, and you can tell from the performance that he just loved him. And that’s what you needed.”

This summer she described the film, explaining, “It takes place, primarily, during rehearsals for one of the shows. There are a few scenes where they’re at their house in Chatsworth, before working, after working. There are two or three short flashback scenes to her life before I Love Lucy, when she worked on the radio show, when she was trying to convince the network to hire dad. But stuff happens that week that didn’t happen altogether the way Aaron has written it. He’s taking some theatrical license and sort of cramming a couple of true events that did happen, they just didn’t happen at the same time. But you do learn a lot about what it was like back then. His dialogue is always incredible. And I think he treated my mother and my father really well. I think they are accurate composites of these people. And what I’ve seen of it… I haven’t seen any of the rushes, but I was on the set for just two days. What I saw was extraordinarily classy and first rate. The people that he has cast are just really great performers.” 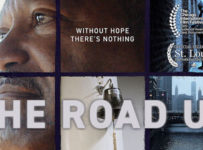 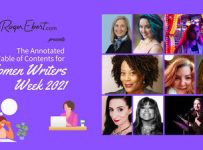 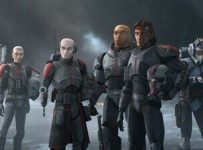 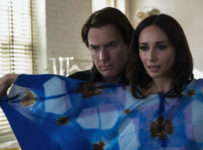 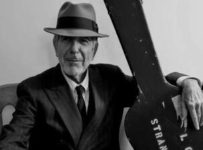