The first poster and footage from Netflix’s upcoming action outing Gunpowder Milkshake tease shoot-outs aplenty as the streaming giant sets a premiere date of July 14, 2021. Intriguingly, the movie takes place in a single night, a night which is sure to be packed to bursting with gun play, fist fights, and other assorted violence with mother and daughter Karen Gillan (Guardians of the Galaxy, Avengers: Endgame) and Chloe Coleman (My Spy, Big Little Lies) at its center.

The newly released teaser footage gives us a good idea of what to expect from Netflix’s latest foray into action cinema, as Gunpowder Milkshake introduces audiences to a secret sisterhood of female assassins who, over the course of a single night, fight to stop a cycle of violence while coming to the aid of a mother-daughter assassin duo.

#GunpowderMilkshake opens in cinemas internationally this summer, and on Netflix in the US from July 14 ???????????? pic.twitter.com/Del1W8IS0c

The very cool poster meanwhile beautifully matches the movie’s very cool title, with the 80s electric neon colors exploding off the artwork along with the bullet that casually pierces the titular beverage. The upcoming action thriller is directed by Navot Papushado, from a screenplay by Papushado and Ehud Lavski, and stars Karen Gillan as Sam, an assassin and Emily’s adoptive mother and Chloe Coleman as Emily, Sam’s adopted daughter and protégé.

Since stepping into the Hollywood spotlight with her role as Nebula in Marvel’s Guardians of the Galaxy, Karen Gillan has quickly become a Marvel Cinematic Universe favorite, reprising the role of Nebula across the franchise in the likes of Guardians of the Galaxy: Vol. 2, and both Avengers: Infinity War and Avengers: Endgame. Her evolution from misunderstood villain to reformed hero has been a joy for audiences to watch, and with the character now a fully-fledged member of both The Avengers and the Guardian of the Galaxy, we can no doubt expect to see a lot more from Gillan in the future of the MCU. Gillan is due to once again don the bald head and blue skin of Nebula in Thor: Love and Thunder, which is scheduled to be released in the United States on May 6, 2022, as part of Phase Four of the MCU.

As for Karen Gillan’s assassin apprentice Chloe Coleman, the young up-and-comer already has several tentpole projects on the horizon alongside Netflix’s Gunpowder Milkshake. Coleman is set to star in both the long-awaited science fiction sequel Avatar 2 and the upcoming fantasy adaptation, Dungeons & Dragons, as well as the sci-fi thriller 65 alongside Oscar nominee Adam Driver, all of which certainly makes her one to watch. Gunpowder Milkshake is scheduled to be released in the United States on July 14, 2021, by Netflix. 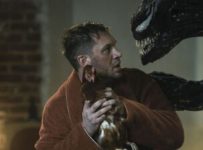 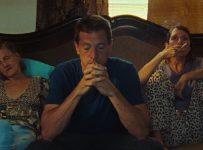 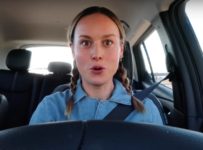 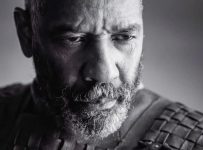 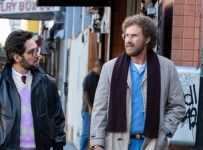 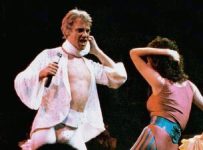