Over the weekend, Warner Bros. dropped the first official Space Jam 2: A New Legacy Trailer. And it immediately caught comparisons to both Ready Player One and the LEGO movie franchise for its use of Warner Bros. IP. This thing is stuffed to the brim with pre-existing characters from the Warner Bros. catalogue. If they were ever in a Warner Bros. movie, chances are, they are featured in LeBron James’ long awaited sequel. And many of these ‘Easter Egg’ cameos are revealed for the first time in the New Legacy sneak peek. Can you find them all?

If you can’t, Warner Bros. has released a new Space Jam 2 preview in celebration of Easter. This Easter egg Hunt trailer will have you scouring the originally released footage for all of the cool cameos you may have missed. There are a lot of familiar faces showing up to cheer on the Tune Squad as they go up against the Goon Squad in one of the most epic basketball games ever played on any court.

Iron Giant is immediately the most noticeable returning character in A New Legacy as he strides across the screen ready to play his first-ever basketball game. Perhaps the main reason why Space Jam 2 is being so heavily compared to Ready Player One is that this image also kicked off the first trailer for that Steven Spielberg adaptation. Also sticking out like a sore thumb and not necessarily an Easter egg are all the Hanna-Barbera characters that show up, led by Scooby-Doo and Mystery, Inc.

But if you look even closer, you’ll see King Kong fresh off his return in Godzilla Vs. Kong this weekend. Cheetara from ThunderCats shows up to the big game, but you have to squint hard to see her. Representing the Goondocks is Mama Fratelli from The Goonies in a blink-and-miss cameo. Also found are White Walkers from Game of Thrones, several Batman characters, and even Agent Smith from The Matrix.

Yes, this thing is stacked with Easter eggs, so it’s easy to see why Warner Bros. decided to release the footage over Easter weekend. Standing on the sidelines of the big game, you can also spot The Mask, the Droogs from Stanley Kubrick’s iconic A Clockwork Orange, War Boys from Mad Max: Fury Road and the evil clown Pennywise. There are several Wizard of Oz references and nods to Curious George. And is that Pinhead sitting in the cheap seats?

The trailer is only two minutes and thirty second long, with the movie clocking in at over 90 minutes. So who knows who else will show up in this long anticipated Looney Tunes adventure. The new trailer has Bugs Bunny holding our hand through this Easter egg hunt. Watch and see how many more you can spot.

Welcome to the Jam! NBA champion and global icon LeBron James goes on an epic adventure alongside timeless Tune Bugs Bunny with the animated/live-action event Space Jam: A New Legacy, from director Malcolm D. Lee and an innovative filmmaking team including Ryan Coogler and Maverick Carter.

This transformational journey is a manic mashup of two worlds that reveals just how far some parents will go to connect with their kids. When LeBron and his young son Dom are trapped in a digital space by a rogue A.I., LeBron must get them home safe by leading Bugs, Lola Bunny and the whole gang of notoriously undisciplined Looney Tunes to victory over the A.I.’s digitized champions on the court: a powered-up roster of professional basketball stars as you’ve never seen them before.

It’s Tunes versus Goons in the highest-stakes challenge of his life, that will redefine LeBron’s bond with his son and shine a light on the power of being yourself. The ready-for-action Tunes destroy convention, supercharge their unique talents and surprise even “King” James by playing the game their own way. 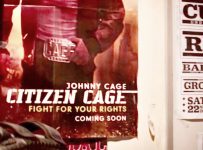 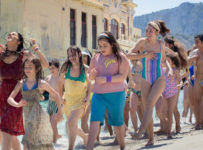 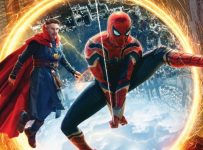 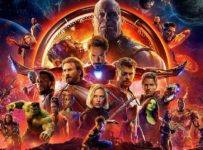 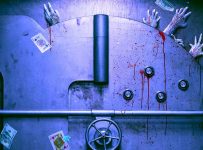 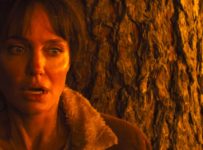