We have not seen the last of Darth Vader in a galaxy far, far away. The Obi-Wan Kenobi series, which is in the works for Disney+, is about to get off and running after years of development. It was originally envisioned as a movie but eventually transformed into an event series. While having Ewan McGregor back as the famed Jedi is undoubtedly the major headline, Hayden Christensen will, additionally, be returning. Not as Anakin Skywalker though, as the actor is set to play Darth Vader this time around. But that raises an intriguing, if seemingly simple question; who should voice Darth Vader in the series?

Let us first go over some history. James Earl Jones provided the voice for Darth Vader in the original Star Wars, which was released in 1977. He has been synonymously associated with the role ever since. While he hasn’t done much in the way of video games or anything along those lines, Jones did reprise the role in the Star Wars Rebels animated series and, more recently, returned to voice the part in 2016’s Rogue One.

There is some debate about who voiced Vader at the end of Revenge of the Sith. Jones is listed as “uncredited” but when asked about it in an interview with Newsday at one point he said, “You’d have to ask [George] Lucas about that. I don’t know.” Episode III aside, Jones, for many, is Darth Vader. Even though it was David Prowse who played the iconic villain on set, Jones’ voice performance contributed a great deal in cementing the Sith Lord as a part of cinematic history. So, on the surface, having Jones return seems like the logical choice, if not the only choice in the eyes of a great many fans out there.

But let us look at this from another angle. Hayden Christensen played Anakin Skywalker in both Attack of the Clones and Revenge of the Sith. George Lucas’ Star Wars prequel trilogy was all about showing us how this young boy from Tatooine grew up to become the most evil force in the entire galaxy. It is only in the closing minutes of Revenge of the Sith, after Obi-Wan and Anakin’s harrowing battle on Mustafar, where the former Jedi apprentice is left for dead, that Christensen gets to become Darth Vader. He only gets a few lines and choice moments in the suit. And one of those lines is the infamous “Nooooooo!” that does not exactly rank as a high point in the franchise.

Lucasfilm has specifically stated that Hayden Christensen is playing Darth Vader in Obi-Wan Kenobi, which takes place ten years after the events of Episode III. This won’t be relegated to a few flashbacks of Anakin and Obi-Wan during The Clone Wars. Christensen is presumably going to be a big part of the show leading up to the so-called “rematch of the century.” At the same time, Lucasfilm and Disney have been quiet on the details. At this point, it’s hard to say what the nature of Christensen’s role will be.

If James Earl Jones does return to voice the character once again, what becomes of Christensen? Is he just going to be the man in the suit? Wouldn’t that make his return more ceremonial than anything else? This is not to say that actors in suits can’t have a big impact. Just look at what Peter Mayhew was able to do with Chewbacca, for example. But without Christensen delivering the lines, his return may not carry quite as much meaning.

It is also worth noting that James Earl Jones is 90-years-old. He can’t do this forever. If Darth Vader is going to be a part of Star Wars in the future, the franchise will have to move beyond Jones. While that is a difficult prospect (to say the very least of it) having Hayden Christensen pick up where he left off at the end of Revenge of the Sith to continue this storyline seems like as good a place as any to pass the torch.

Obi-Wan Kenobi does not yet have a release date set but it is to be directed by Deborah Chow (The Mandalorian). Moses Ingram, Joel Edgerton, Bonnie Piesse, Kumail Nanjiani, Indira Varma, Rupert Friend, O’Shea Jackson Jr., Sung Kang, Simone Kessell and Benny Safdie round out the cast. We’ll be sure to keep you posted as further details are made available. 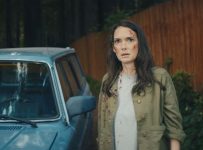 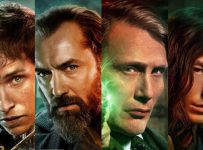 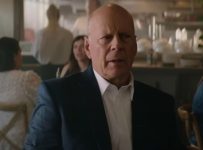 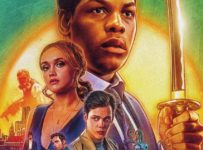