In a recent tweet, James Gunn announced that his sequel/loose reboot of DC’s The Suicide Squad was fully completed, and that the cast and crew would not be returning for any reshoots. This initially gave fans hope that they might be able to see the finished product earlier than anticipated, however, Gunn has since made it a point to inform expectant fans that the film will be keeping its August 6th release date, where it will be released dually in theaters and on HBO MAX.

With so much ample time between completion and release, fans have had little else to do but speculate, especially about who will survive Gunn’s R-rated anti-hero flick. Described as coming from the “twisted” mind of James Gunn and sporting a roster full of mainly D-list villains, the odds don’t look hopeful for this lot, who will likely give literal meaning to the name The Suicide Squad.

James Gunn is no stranger to writing virtually unknown comic characters into his films and then casting his brother to play them; Rocket Raccoon anyone. Weasel however has only appeared within the pages of DC comics a handful of times since his first appearance in 1985, and he is regularly regarded a joke of a villain. Based on the single non-pivotal scene to feature Weasel in both Suicide Squad trailers, expect to see this character turned into road kill fairly early on in the film. SURVIVAL ODDS: 10,000-1

While a half-man-half-weasel might sound like a joke of a character, wait until you get a load of Dick Hertz (yes that’s his real name) played by SNL alum Pete Davidson. Equipped with dual handguns and a suit of armor capable of generating an energy field, Blackguard may fair slightly better than our rodent friend above, but not by much. Based on what we’ve seen of him, Dick seems overly-confident is his skills and abilities, and his cockiness will most likely get him killed on the battlefield early on as he tries to prove himself to his more formidable team mates. If Blackguard’s fate wasn’t already sealed, Davidson also commented in a recent interview that he will appear in the Suicide Squad film for “like a minute,” essentially guaranteeing his fate. SURVIVAL ODDS: 10,000-1

I’m no soldier, but I’m pretty sure that when it comes to invading a South American country and taking on said country’s army, one should bring more firepower than just a simple track and field prop. Yes, that’s right, Javelin’s one major skill in being able to handle a Javelin like a true Olympian. Fans have been quick to spot Harley Quinn in battle expertly handling a javelin like weapon throughout the Suicide Squad trailers as well, and we can only assume that she picks up the javelin following the death of its original owner. SURVIVAL ODDS: 10,000-1

The Detachable Kid, also known as Arm-Fall-Off-Boy, has the uncanny power to, well, detach is own limbs and use them as blunt weapons. It is unclear why team overseer Amanda Waller thought it would be a good idea to bring this guy into the fold, and we can only assume that TDK will end up losing more parts than just his detachable arms when the real fighting kicks off. SURVIVAL ODDS: 8,000-1

Amongst the various human villains that will compromise the squad’s roster, fans were quick to notice an orange skinned alien woman also among their ranks. In the comics, Mongal is an alien warlord who frequently clashes with Superman, and while having an alien warlord on your team doesn’t seem like a bad idea per se, Mongal seems like another overly cocky character who will meet an early end. Mongal is featured several times in the film’s trailers, but most notably in a scene which shows her attempting to take down a chopper, which is promptly seen crashing in the very next scene while Mongal holds on with a look of pure terror plastered on her face. Bet on a firefly explosion to follow this tailspin and Mongal to be no more. SURVIVAL ODDS: 7,000-1

Every incarnation of The Suicide Squad always has a member who’s too smart for their own good. Anyone remember Slipknot? While Savant might be a little more intelligent than Slipknot was, he doesn’t seem smart enough to know that Amanda Waller isn’t bluffing when she promises to detonate those little skull implants each member of the team gets equipped with. Savant will most likely survive the first battle, probably because he’s smart enough to avoid the thickest of the fighting, but something tells me that this genius will eventually try to pull a fast one on the team, and that big brain of his will be no more. SURVIVAL ODDS: 500-1

While Captain Boomerang is a familiar face amongst a roster of new characters, the Captain’s chances of not returning in a body bag this time around are not high. Aside from one scene where Boomerang seemingly takes off a soldier’s head with one of his trademark weapons, he is absent for most of both trailers, leading fans to believe that Gunn will kill this character off early in an effort to show that no one is safe. The Captain can be sneaky, so we can’t count him out just yet, but he is a serious underdog in this suicide outing. SURVIVAL ODDS: 250-1

Col. Rick Flag is the only non-criminal and the no nonsense leader of Taskforce X, and it seems that he too will be back for another run with the team whether he likes it or not. Flag seems to have a strong presence throughout most of the trailer, but also seems to be absent during some of the more climatic action sequences. Many believe that Flag will meet his fate during the mission, but will also inspire the surviving team to go on without him. One divisive scene even shows Bloodsport being identified as the team leader, but no reason is given for this impromptu promotion. One conflicting theory however says that Flag will survive the film, but will be taken out of action earlier than expected when he falls victim to the mind control of Starro, who we know to be the film’s true antagonist. SURVIVAL ODDS: 100-1

Described as a “douchey Captain America,” by star John Cena, the trailers make it clear that the Peacemaker will have a strong presence in the film, although the real question is how far the character will go to achieve his goal of world peace. Obsessed with the idea that he can achieve peace on earth, the character makes it clear that he will kill men, women, and children if that’s what it takes. The big question however, is will Peacemaker die for his cause. While this would be a fitting end for the character, Cena has already signed up to reprise his role in a spin-off series for HBO MAX, although it has yet to be confirmed if the series will be a sequel or a prequel for the character. If one thing is for certain though, it’s that if Peacemaker does go than it will surely be in a splendid, and probably violent blaze of glory. SURVIVAL ODDS: 75-1

Bloodsport’s claim to fame in the comics is being the man who shot Superman with a kryptonite bullet, and while he’s still considered a throwaway character, it looks like Bloodsport will act as a secondary leader for Taskforce X. What sets Bloodsport apart with some of his other less reputable team mates is that he seems to be searching for some sort of redemption, which he may or may not find in death. Viewers were quick to note Bloodsports banter with the Ratcatcher, where he tells her that he will get her out alive, which has led many to believe that Bloodsport will be laying down his own life in order to save hers. Bloodsport is still a formidable fighter though, and at least a few of these misfits have to survive, so don’t count him out too soon as he may end up riding out into the sunset with Ratcatcher at his side, and an army of rats not far behind. SURVIVAL ODDS: 50-1

The only member of the team not to make a previous appearance in the comics, the Ratcatcher’s origins are at this point unknown, with fans debating as to whether her character will be a gender swapped version of the original Ratcatcher character, the originals daughter, or protégée. Whatever her origins though, her power to control rats is clear, and judging by the trailers, this power is utilized in one of the films climatic scenes. While there’s no doubt that Ratcatcher will make it to the finale, fans have speculated that Ratcatcher will surprise everyone and sacrifice herself for Bloodsport, instead of the other way around. Either way, expect a tragic backstory for this character, but redemption all the same, and hopefully a second chance at life. SURVIVAL ODDS: 25-1

I know, you’re wondering how a guy who calls himself Polka Dot Man could make it to the top three and not die hilariously early like the rest of these losers. Aside from the fact that Polka Dot Man makes frequent appearances throughout the trailer, fans believe that his over-eagerness to die will lead to him ironically surviving the entire ordeal. Equipped with a high-tech suit and polka dots that can be turned into a variety of gadgets and weapons, this dorky MacGyver could actually prove useful to the mission’s success. Given Gunn’s ironic sense of humor, it would seem fitting that he not only would include a character like Polka Dot Man in his film, but also let him survive its entirety while so many others perish. SURVIVAL ODDS: 15-1

Say what you will about this half-man-half-shark brute, but King has enjoyed a resurgence in popularity over recent years between his appearances on CW’s The Flash, Harley Quinn, and various DC Animated films. Throughout the trailers, King Shark literally tears men in half, and even seems to walk off a shotgun blast to the back. Aside from the fact that King Shark will likely be a major source of comedy throughout the film, he seems practically unkillable, thus giving him the second highest chance of survival. SURVIVAL ODDS: 5-1

If one only one person could survive a mission to hell and back, it’s going to be Harley Quinn. An incredibly competent opponent in her own right, Harley’s unrivaled bloodlust and insane luck make her a sure-fire thing to walk away virtually unscathed. Setting aside her character attributes for a moment though, Warner Bros. wouldn’t in their right minds ax a character who holds so much potential for future projects. If Harley ever does meet her maker, it will be as promised during one of the Zach Snyder’s Justice Leaguesequels, and certainly not during her tenure as a member of Task Force X.

The Suicide Squad is set to premiere August 6th in theaters, as well as HBO MAX. 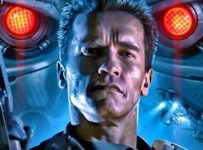 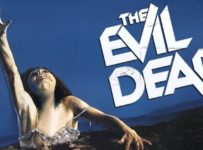 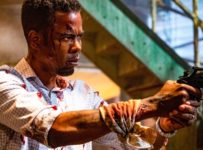 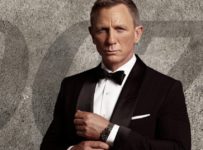 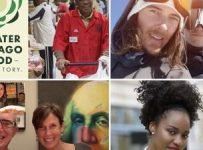