The Los Angeles County sheriff says Tiger Woods was “not drunk” during the rollover that seriously injured the golf superstar Tuesday, saying the single-vehicle crash was “purely an accident.”

Los Angeles County Sheriff Alex Villanueva said his department would not file charges against Woods pertaining to the crash near the border of Rolling Hills Estates and Rancho Palos Verdes, about 30 miles south of downtown Los Angeles.

Villanueva said the department is considering it an accident, which could lead to a misdemeanor at most.

“He was not drunk,” Villanueva said Wednesday on Instagram Live. “We can throw that one out.”

As part of a statement on Woods’ official Twitter account on Tuesday, Dr. Anish Mahajan of Harbor-UCLA Medical Center said in part that Woods had sustained multiple “open fractures” to his lower right leg and had a rod placed in his tibia and screws and pins inserted in his foot and ankle during emergency surgery.

Two separate sources told ESPN’s Ramona Shelburne and Gene Wojciechowski that Woods sustained an injury to his talus bone, which connects the bottom of the lower leg to the top of the foot. The bone is a pivot point for motion. Sources say that screws were likely inserted into the area to help it heal, and if all goes well, eventually allow for normal movement.

Woods, 45, was “awake, responsive, and recovering in his hospital room,” according to another part of Tuesday’s statement.

Villanueva reiterated Wednesday that the “challenging” downhill section of road where the rollover occurred is known for a high frequency of accidents.

Villanueva also noted that the department hasn’t yet pulled information from the vehicle’s event data recorder, or “black box,” which would give details about speed, which could be a factor. The sheriff also said that there’s no indication that Woods was distracted but that investigators could pull phone records if necessary.

Woods’ vehicle, a 2021 Genesis GV80 midsize SUV, was headed northbound before appearing to first make contact with the median, then went across the two southbound lanes. It hit a curb, hit trees and rolled over several times, with the vehicle ultimately settling several hundred feet from the road.

There were no skid marks and no evidence of braking, and weather was not a factor, Villanueva said Tuesday. Authorities did not say how fast Woods was driving. He was wearing a seat belt.

Deputy Carlos Gonzalez, who was first to arrive at the crash, patrols the road and said he sometimes catches people topping 80 mph in the downhill, 45-mph zone and that wrecks are common.

Villanueva said there are no plans to release photos or body camera footage from the crash scene.

PGA Tour commissioner Jay Monahan said earlier Wednesday that he had a difficult time processing the news of Woods’ injuries from the crash, saying he “was shocked.”

“I kind of had to sit down and ask the same question I had asked a second time because I wasn’t sure I completely heard what I was being told,” he said.

ESPN’s Bob Harig and The Associated Press contributed to this report. 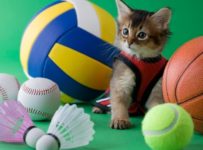 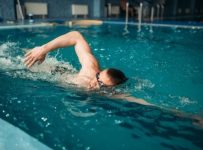 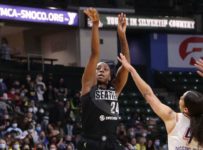 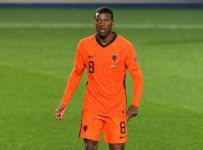 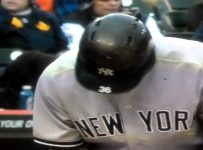 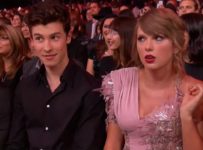