We just might see Mayim Bialik stick around as Alex Trebek’s successor. Ever since Trebek passed away following a cancer battle in 2020, the search for his replacement has proven to be incredibly difficult. A series of celebrity guest hosts were brought in to allow the producers time to find a suitable host, and by the end of it, executive producer Mike Richards controversially announced he’d be hosting Jeopardy! full time with Bialik hosting primetime specials and spinoffs.

We all know how things went from there. The decision to go with Richards was immediately met with backlash, and the controversy only grew from there due to offensive comments he’d made years prior on a podcast. He stepped down as Jeopardy! host days after he was announced for the job, but the backlash would continue. It has since been reported that Richards is now gone from the series entirely, no longer serving as an executive producer.

RELATED: LeVar Burton Is Looking for the ‘Right Game Show’ to Host After Jeopardy! Snub

When Richards was fired, it was revealed that Mayim Bialik and Ken Jennings would be serving as alternating guest hosts through 2021. At this time, a permanent host has not yet been named, but the revolving guest hosts won’t be continuing this year. Because the job is still up in the air, Bialik has made it clear that she really wants to stick around on a full-time basis, going so far as to say it’s the job she wants most in an interview with Glamour. As The Big Bang Theory star and neuroscientist explains:

“There’s no other job I would rather have. I love my sitcom work, I do. I love all the other things I do. I love the podcast. But I absolutely have never had a better job … the use of my brain and my skillset feels best suited by this job on Jeopardy!. It is a dream job. I think it’s a dream job for anyone, but especially for someone who is trained first as a performer and then as a science communicator.”

Bialik’s comments do seem a bit reminiscent of the way LeVar Burton used to feel about hosting Jeopardy!. At the start, there was a popular fan campaign for him to become the host of the show, based on his wisdom, wholesome personality, and experience hosting Reading Rainbow. He described it as a dream job he had been training his whole life for at one point. After his limited stint in guest hosting the game show, however, Burton came to realize it wasn’t the job for him after all.

“They say be careful what you wish for because what I found out is that it wasn’t the thing that I wanted after all,” Burton told Trevor Noah on The Daily Show. “What I wanted was to compete. I mean I wanted the job, but then when I didn’t get it, it was, like, well, okay, what’s next?”

LeVar Burton went on to say that he’s trying to find another game show that would be the “right” one for him to host. All’s well that ends well, because the experience guest-hosting Jeopardy! Has been the opposite for Mayim Bialik. This news comes to us from Glamour. 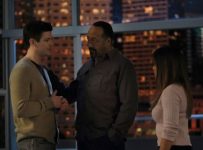 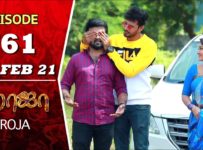 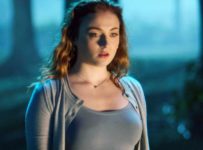 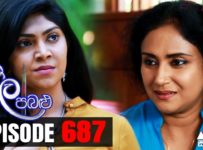