Rick and Morty, and several other Adult Swim shows, are getting brand new digital spin-offs. The network has announced that these four new, digital short series will be based on popular shows from the network’s lineup. In the case of Rick and Morty, it is the superhero team The Vindicators who will be taking the spotlight in the spin-off.

Adult Swim also announced Alabama Jackson, a Robot Chicken spin-off, Aquadonk Side Pieces, an Aqua Teen Hunger Force spin-off, and Your Pretty Face is Going to Hell: The Animated Series. The plan is to release each of the shows across digital platforms globally. So it doesn’t sound like they will be exclusive to a streaming service, such as HBO Max. Each show will be between 8 and 10 episodes. Michael Ouweleen, president of Adult Swim, had this to say about it.

— adult swim (@adultswim) May 19, 2021
“We see it as our mission to put something hilarious within a fingers’ swipe of anyone on the planet. These shorts are a way to meet the next generation of Adult Swim fans where they are, while giving our creators another format to play in and innovate around.”

Per the network, each of these digital short shows will highlight minor characters that have previously appeared in or been inspired by these various series. Alabama Jackson, for example, is a character invented at a Robot Chicken San Diego Comic-Con panel by actor Donald Faison. The Vindicators will center on Supernova, Vance Maxiumus, Alan Rails, Crocubot and Noob Noob as they fight crime, avert genocides, and get along without Rick and Morty. Dan Harmon and Justin Roiland, co-creators of Rick and Morty, are on board as executive producers alongside Erica Rosbe and Sarah Carbiener. Carbiener and Rosbe had this to say in a joint statement.

“We are thrilled to work in the Rick and Morty universe again, and these shorts are an incredible opportunity to explore what happens in the aftermath of the Vindicators saving (or destroying) worlds. We’re so excited to show how this team of superheroes is plenty dysfunctional whether Rick’s around to have half of them murdered or not.”

Rick and Morty, through four seasons, has asserted itself as one of the most popular animated shows on television. Season 5 is currently in the works and Adult Swim already has several more seasons ordered. So the idea of a spin-off makes absolute sense. As for the rest of these, Robot Chicken and Aqua Teen Hunger Force have been long-running, well-established brands within the Adult Swim wheelhouse. You’re Pretty Face is Going to Hell, meanwhile, is an Emmy-nominated, cult favorite.

Adult Swim has been making big movies lately as they recently announced several animated movies as well based on Aqua Teen Hunger Force, Metalocalypse and Venture Bros. There is no word yet on specific release dates for these new digital shorts but the network says that the shows will begin debuting this year and will continue into 2022. We’ll be sure to keep you posted as any further details are made available. This news was previously reported by The Hollywood Reporter. 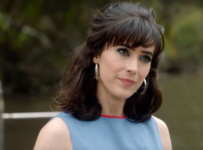 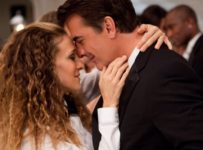 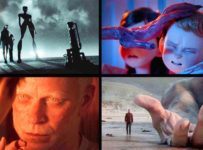 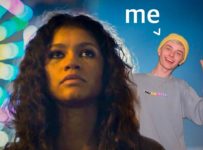 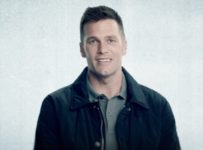 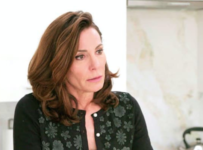