It is official, the fastest man alive (with the slowest production schedule) has finally come to a full stop. Warner Bros. Entertainment and DC Films’ long-delayed movie The Flash has officially wrapped shooting after numerous setbacks and a 124-day shoot. Director Andy Muschietti posted the announcement to his Instagram, writing, “It’s a wrap @theflashmovie.”

About two weeks ago, DC Films announced that principal photography on The Flash was complete. On Instagram, Colin Nicolson, one of the movie’s sound mixers, confirmed the wrap, writing, “That’s a wrap on The Flash. Day 124 with a fantastic sound team, brilliant cast, and crew. It’s been challenging but great fun.” Apparently, production on The Flash has been anything but speedy, as the average time to complete a full-length feature film is three months.

After years stuck in development, the troubled production was delayed even further due to the COVID-19 pandemic. In addition, there have been multiple shakeups behind-the-scenes that reportedly occurred over creative differences. Despite setbacks and shakeups, production finally started in April 2021. Even with Muschietti on board as the director, however, The Flash continued to face production setbacks, with the most recent setback occurring in July 2021 after a two-motorcycle accident halted production and put a stuntman in the hospital.

The Flash is based on the DC Comics’ storyline Flashpoint from 2011, detailing an altered DC Universe in which only Barry Allen is aware of the the differences between the main timeline and the altered one. Written by Birds of Prey screenwriter Christina Hodson, DC’s solo superhero movie The Flash stars nonbinary actor Ezra Miller, who is returning to their role as Barry Allen from Justice League. In addition to Miller’s return, The Flash will feature a multiverse of Batmans, with both Michael Keaton’s Bruce Wayne and Ben Affleck’s Batman set to appear in the movie. In August 2020, Muschietti discussed Affleck’s return with Vanity Fair, saying:

He’s a very substantial part of the emotional impact of the movie. The interaction and relationship between Barry and Affleck’s Wayne will bring an emotional level that we haven’t seen before. It’s Barry’s movie, it’s Barry’s story, but their characters are more related than we think. They both lost their mothers to murder, and that’s one of the emotional vessels of the movie. That’s where the Affleck Batman kicks in.”

Billy Crudup recently departed the movie because of scheduling conflicts for the Apple TV Plus drama The Morning Show, replacing him as the eponymous superhero’s father, Henry Allen, is Ron Livingston. Rounding out the cast for The Flash are Kiersey Clemons as Iris West, who returns as the character from the Snyder Cut of Justice League; Ian Loh as a young Barry Allen; Temuera Morrison as Aquaman’s dad Tom Curry; newcomer Sasha Calle as Supergirl the Girl of Steel; and Saoirse-Monica Jackson and Rudy Mancuso in undisclosed roles. Excitingly, there are even rumors that The CW’s Arrowverse’s Flash, played by Grant Gustin, is appearing in the movie, which doesn’t seem outside the realm of possibility considering the source material and Miller’s appearance in The CW’s Crisis of Infinite Earths sixth annual crossover event.

The Flash is scheduled for theatrical release on November 4th, 2022. 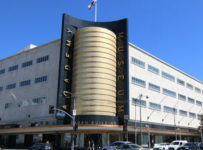 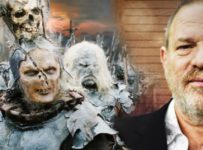 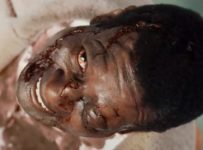 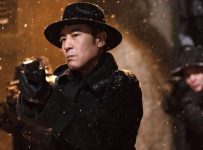 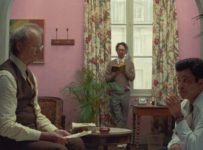 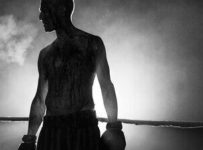