It may have taken a long time but Mouse Rat is finally releasing its first full-length album. Indeed, the fictitious band from the hit show Parks and Recreation, led by Chris Pratt’s Andy Dwyer, is releasing The Awesome Album this summer. While the band played many songs over the course of the show’s run, those songs have never been collected on an album. Now, that’s happening and fans will have the chance to own a physical copy, should they so choose.

The announcement was made in a way that should suit Parks and Rec fans. Jay Jackson, who played news anchor Perd Hapley on the show, announced the album via a video, in character. The reveal was made on the ten year anniversary of Lil Sebastian’s memorial. At the ceremony, Mouse Rat played the song 5,000 Candles In the Wind, which will be included on The Awesome Album. A video for the song was released today as well. Jackson (as Hapley) said the following in the video.

RELATED: Parks and Recreation Is Leaving Netflix, Hulu and Amazon Prime Next Week

“It’s been 10 years since Li’l Sebastian went to mini horse heaven, and to celebrate his miniature life, local band Mouse Rat has released ‘5,000 Candles In The Wind’. So, go listen and gently weep with me! Ya heard?”

The album will be released from DualTone and Entertainment 720, the company that was started by Aziz Ansari’s character Tom Haverford and Ben Schwartz’s character Jean Ralphio. Aside from 5,000 Candles In the Wind, other songs featured in the show such as The Pit, Leslie Knope’s campaign anthem Catch Your Dream and a cover of The Way You Look Tonight. In total, the album has 15 racks. The album also has guest appearances from people like Duke Silver, the saxophone-playing alter ego of Nick Offerman’s Ron Swanson.

Mouse Rat: The Awesome Album is coming! Pre-order the limited-edition vinyl in these awesome colors, the cassette, and more, AND listen to the hit single “5,000 Candles In The Wind (Bye Bye Li’l Sebastian)” now! https://t.co/gsRuvSQUSF#mouserat#lilsebastian#parksandrecpic.twitter.com/ZS4AGwQcox

Mouse Rat was a huge part of Parks and Recreation. While Andy Dwyer had many jobs during the course of the show’s seven season run, he always maintained his love for music and never gave up on his dreams of being a rockstar. Even when he became a children’s performer under the name Johnny Karate.

While The Awesome Album will be available on streaming services such as Spotify, fans also have the option of ordering copies on colored vinyl. Some of the colors include “flush with cash” green and “Cherry Gergich” red. Mouse Rat’s The Awesome Album is set to arrive on August 27. We’ve included the full tracklist for you to check out as well. For more details, or to pre-order a copy, head on over to TheAwesomeAlbum.com. 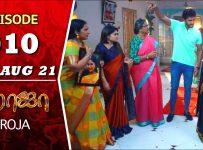 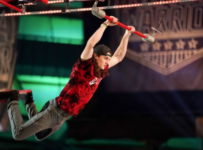 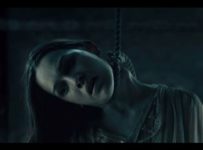 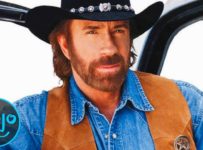 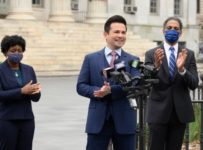