Paramount+ has revealed our first look at the streamer’s upcoming Rugrats reboot series. Giving the familiar babies a CG-reimagining, the characters look pretty much the same for the most part beyond making the switch from 2D to 3D. Like the original series, the new Rugrats will follow Tommy and his pals utilizing the best of their imagination to go on big adventures around the house. You can take a look at the first look teaser trailer below.

“Rugrats is one of the most iconic cartoons recognized by fans around the globe, and this original version is one we are taking great care and pride in creating for a brand-new audience,” Ramsey Naito, President of Nickelodeon Animation, said in a statement. “Having the voice cast behind these special characters come together is one of the essential pieces to making the show recognizable and we can’t wait to watch this talented group bring them to life again.”
RELATED: Rugrats Revival Rumored to Premiere on Nickelodeon This Fall

Paramount’s Rugrats revival brings back several original cast members to voice the iconic characters including E.G. Daily as Tommy Pickles, Nancy Cartwright as Chuckie Finster, Cheryl Chase as Angelica Pickles, Cree Summer as Susie Carmichael, and Kath Soucie as Phil and Lil DeVille. The role of Chuckie was initially voiced by late actress Christine Cavanaugh, though Cartwright took over the role for the final two seasons and the 2003 movie adaptation. In 2019, Cartwright had announced her involvement in the reboot series on Twitter.

Created by Arlene Klasky, Gabor Csupo, and Paul Germain, Rugrats premiered on Nickelodeon in 1991. The hit animated series would ultimately run for nine seasons with its final episode airing in 2004. During that time, the series also spawned a spinoff cartoon, All Grown Up!, which followed Tommy and the others as older teens in the future. A trilogy of Rugrats movies were also released between 1998 and 2003, collectively pulling in nearly $300 million at the box office. An iconic series, Rugrats won four Daytime Emmy Awards and even has its own star on the Hollywood Walk of Fame.

When news of the Rugrats revival was first announced in 2018, it was also reported that a live-action movie based on the cartoon was also in the works at Paramount Pictures. It was originally set to be released in 2020 before it was later delayed and removed from Paramount’s release schedule entirely. It’s unclear if this project has been canceled entirely or if it might still happen on Paramount+.

Nickelodeon shows are also inspiring several other projects at Paramount+. New live-action adaptations of Dora the Explorer and The Farily OddParents are also in the works. A series revival of iCarly is currently in production as well with Miranda Cosgrove returning to reprise the role. The streamer will also host the SpongeBob SquarePants prequel series Kamp Koral: SpongeBob’s Under Years, which will be available when CBS All Access is rebranded as Paramount+ on March 4.

Eryk Casemiro and Kate Boutilier are executive producing the new Rugrats with Dave Pressler and Casey Leonard serving as co-executive producers. Rachel Lipman is a co-producer, and the production is overseen by Mollie Freilich for Nickelodeon. News of the revival comes to us from Deadline. The Rugrats revival first look teaser comes to us from Paramount Plus on YouTube. 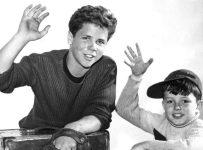 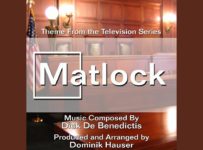 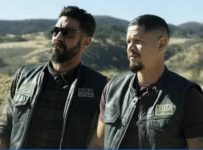 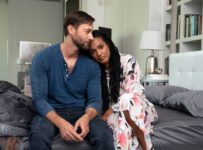 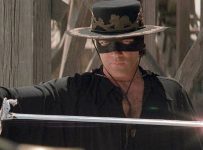