Ever since Castiel was introduced in Season 4 of Supernatural after he gripped Dean “tight” and raised him “from perdition,” moments between Heaven’s angel and the hardened hunter were often peppered with hints that alluded that they share more than just a mere bromance. And after denying to embrace it completely for years in the show and even the actors sharing their discomfort with the idea, Supernatural has done it. It has made Destiel canon in its ante-penultimate episode but in a problematic way that has left Dean-Castiel shippers more frustrated than disappointed.

RELATED: Supernatural the Complete Series Box Set Gets a May Release Date

In Supernatural Season 15’s “Despair,” we see Dean and Castiel carry out a futile attempt at killing Billie, the new Death. Angered, she makes a beeline for Dean, intent on killing him as he is the “living incarnate of disorder.” The duo makes it to the bunker and hide, keeping Billie at bay by a spell they put on the door. But they know it’s temporary and a dejected Dean turns to Cas to say how sorry he is for landing them into a deadly trap yet again.

Just then, the angel realizes that the one thing that can stop Billie is The Empty who will instantly appear on Earth the second Castiel experiences a moment of true happiness and take him somewhere worse than Hell. This was a deal Castiel made while saving Jack from the cosmic entity. In an emotional confession, Castiel shares how, ever since he made the pact, he has wondered “what my true happiness could even look like” as he knew that the one thing he wants “is something I know I can’t have.” But in that moment, he realizes that “happiness isn’t in the having. It’s in just being.”

With that, he goes on to confess how Dean Winchester has changed him and made him for the whole world. And then Castiel says the three words Destiel shippers have been waiting for years to hear.

Just then The Empty shows up and absorbs Cas and a charging Billie (with whom it has a different beef) behind him, leaving a shocked Dean to sob in the silence. The End. What’s bothersome here is not that Castiel dies, we already knew about his pending deal with The Empty, this end was bound to appear sooner or later. What is truly problematic is why he dies.

For long, many Supernatural fans have pointed out the show’s running trope of killing off its gay characters and it was only recently, that it somewhat redeemed itself by insinuating that God himself is bisexual. But it continued baiting when it came to scenes between the elder Winchester and Castiel that more than hinted at simmering feelings, though these were feelings that were never explored, not even in a one-sided capacity.

But they accept it now, just to stage an emotionally moving ending for a beloved character, only for the idea to majorly backfire. Arguably, Castiel finally saying “I love you” and confessing his feeling that fans have predicted since his appearance in “Lazarus Rising” should be a big deal but the fact that Dean doesn’t get the time to return or reject his feelings and no time is given to explore this new development, kills the moment.

Instantly after his confession, Castiel is gobbled up by The Empty and taken to some hellish area that the entity promised. So only did Supernatural mishandles the introduction of Destiel, but also goes ahead to reinforce the infamous trend of “Burying your gays.” For long, showrunners have been known for adding gay characters and then allowing them to come out to confess their feeling only to be killed, sometimes in the same episode. Remember Tara Maclay’s much-critised death in Buffy The Vampire Slayer?

Soon after “Despair” aired on The CW, “Destiel” trended on Twitter worldwide with some celebrating the long-due inclusion but mostly airing their ire over the way it was done and sharing their disappointment over Supernatural sticking to the “bury your gays” tradition.

dear cw spn, killing all the gay couples isn’t the hot take u think it is

castiel going to hell for being gay pic.twitter.com/8ObFYliqaa

The fact that Castiel goes to Hell the moment he admits his true feelings, sends another toxic message– that being an LGBTQ is a crime so severe that one deserves nothing but hell. While the underlying meaning was supposed to be one sacrificing himself for the person he loves, given Supernatural’s long perceived history of prejudiced against LGBTQ people, it just ends up insulting a moment fans have been waiting for the last 12 years. 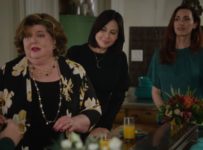 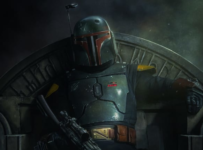 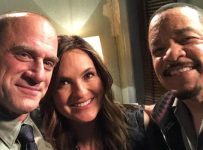 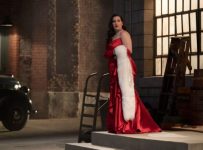 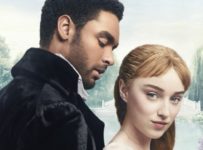