Directed by “Wayne’s World” and “Spice World” producer Barnaby Thompson, and written by his son Preston, “Pixie” feels as if it arrived via time-warp from about 1998, most likely on a VHS cassette with a “CLEARANCE” sticker on the slipcase. It checks every item on the wishlist. There’s even a big title card after the opening teaser playfully renaming this story ONCE UPON A TIME IN IRELAND. This would seem self-deprecating if the movie had even an iota of its own identity save for the regionalisms.

Olivia Cooke stars as the title character, a twenty-something local gal who happens to be the stepdaughter of a local gangster (Colm Meaney) who also has two other stepchildren, one of whom—Pixie’s stepbrother Mickey (Turlough Convery) hates her so much that their every interaction is marinated in impending violence. Pixie is a heartbreaker, famed by the lads for her beauty, and rumored to take erotic photographs. She wants to go to art school in San Francisco and, in the opening sequence, sets up both her current and ex-lovers in a robbery to acquire enough money for the trip. But the crime goes wrong, as robberies often do.

The bulk of the rest of the film follows Pixie and two local fellas, Frank (Ben Hardy) and Harland (Daryl McCormack), as they travel around the country, getting twisted up in bloody shenanigans at the behest of Pixie, who needs to reset the local criminal/karmic scales after that disastrous robbery. The Irish accents and landscapes and plentiful Catholic iconography (including a ring of gangsters posing as priests, as if the Church didn’t already have enough problems) suggest that the film is channeling Martin or John Michael McDonagh as well as Tarantino. But really, there isn’t a single non-derivative element to be seen anywhere in the film, save for the widescreen cinematography by French-born John de Borman, which captures natural light and textures with a fine art photographer’s sense of presence. 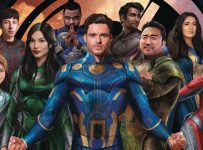 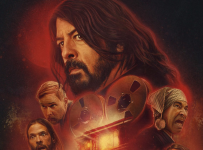 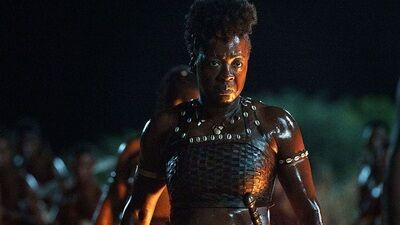 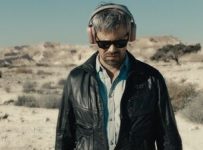