Is there a Ben/Ciara/Theo triangle looming? The suspect list for Charlie’s murder dwindled, and April Fool’s Day had both hilarious and cringe-worthy moments in Salem.


Our TV Fanatics, Jack and Christine, are joined by Bradys from MyHourglass, a Days of Our Lives fan forum to debate Philip and Gabi’s new partnership, the disappearance of Theo’s Autism, their favorite friendships in Salem, and the top April Fool’s Day storylines.


Philip and Gabi got closer this week. Would you like to see them as business partners, friends, romantic partners, or should they just steer clear of one another?


Bradys: I don’t think they have chemistry as a couple at all. Maybe friends are the best option because they’re going to start getting closer due to GabiChic, but I would hate them as a couple.


Jack: Ugh. The only good thing about a Philip/Gabi pairing is it gives Philip a reason to talk back to Kate all the time. Though Kate should be happier than she is about this because it will keep Gabi away from Jake.


I’m tired of this trope that you can’t work with someone without falling for them, too. We already have this nonsense over at Dimera Enterprises with Brady/Chloe. We don’t need it with Philip and Gabi too.


How about they be business partners and friends without a thought of anything else?


Christine: I enjoyed their scenes together this week more than I expected I would. It’s always fun to see characters who don’t normally interact thrown together because it creates a new dynamic.


But I’d prefer to see Gabi and Philip as business associates who become friends, at least at first. I won’t close the door on a romance, but it should be much farther down the road if it ever happens.


It appears that Theo may become part of a Ben/Ciara/Theo triangle, and there’s been no mention of him being on the Autism spectrum. React!


Bradys: No more Ciara/Ben problems! Theo is already in a friendship, sort of, with Chanel, so I think the best option is to separate that type of triangle.


Jack: I’m beyond aggravated with the fact that the writers seem to have forgotten that Theo has Autism. April 2nd was World Autism Day, and it would have been a perfect opportunity for DAYS to do some good with a story for Theo around how his Autism is impacting the current story.


Contrary to what the writers think, kids don’t grow out of Autism and become neurotypical when they grow up. I shouldn’t be surprised, considering the current writers’ cavalier attitude toward mental health in general.


These are the same people who think PTSD and schizophrenia are similar disorders. After all, they regularly write nonsense about drugs that make people hallucinate and how people are locked in mental hospitals for no reason.


But as a person with Autism, it severely irritates me when Autism is written incorrectly. And it would have been so easy to do it right.


Theo could have fixated on “Ciara thinks it’s 2018, so I have to act like it is” when talking to Ben. Or he could have had sensory issues with the brightness of the TV or the loudness of the volume while watching cartoons with Ciara.


Maybe he could have disregarded the instructions not to tell Ciara the truth and keep insisting she was in love with Ben no matter how much she denied it.


But again, that would have required a modicum of knowledge of Autism. Couldn’t the writers have at least watched an episode of The Good Doctor to help them? Geez.


That said, the one thing I do like about Theo/Ciara is that Ciara seems to have finally gotten some of her spunk back that has been missing since she was aged.


For the first time, I could see her as the same person who was a spitfire as a little girl when she talked to Theo. If only Theo was written as Autistic, too, I could get behind this couple.


Christine: I kept waiting for Theo’s Autism to be written into this story. It would have made sense for Theo to have trouble navigating emotional cues from Ciara, especially given her current state, or be upset by loved ones not following Kayla’s advice.


But his Autism hasn’t been brought up once since his return to Salem. It was such a huge part of this character that it’s become a glaring omission, and I’m very disappointed that they appear to be ignoring it.


Many in Salem reveled in Xander’s pain over losing Sarah. Who was the worst?


Bradys: Chloe’s the one who was good, as I think she understood the situation and she felt sorry for him.


Jack: I pretty much blocked these scenes out of my memory. But Brady and Chloe’s gloating was incredibly obnoxious, especially since Brady is tangentially related to Sarah, and it was obvious she’d been kidnapped.


Christine: Brady was the worst. Now, I don’t expect him to ever forgive Xander after making him think his child was dead, but he seems to have forgiven Victor, and it was his plan!


Brady is such a hypocrite. He’s done horrible things and been given numerous second chances. He could have just ignored Xander’s pain but to be so openly cruel was awful.


What was your favorite April Fool’s Day storyline? Do you wish any of it had been real?


Bradys: I loved the Xander/Bonnie one. Super fun and weird at the same time. I can’t see that storylines in real Salem because it was both super odd and stupid.


Jack: I liked Philip being Claire’s father. He didn’t need to be with Belle, but it would have been fun if he was with Chloe and was a stepdad to Parker, along with making up for lost time with Claire.


I could have got behind Philip trying to be with Belle for Claire’s sake but realizing he was really in love with Chloe (as long as Chloe didn’t really turn into an obnoxious diva, LOL.)


Christine: John had some of the best one-liners of the episode. The Days of Our Lives quote that made me laugh out loud was when Belle failed to stop her father’s execution, and John quipped…

“I knew I should have hired Carrie.”


And I wouldn’t mind if Philip had a relationship with Claire as he believed she was his daughter after she was born. I’ve always hated that they did that to Philip not once but twice!


Now you tell us, TV Fanatics. What was your favorite April Fool’s Day storyline?


Who has your favorite friendship in Salem?


Bradys: My favorite friendship right now is Allie and Tripp. I think they have a lot of connection and chemistry on screen, so maybe they will become a couple in the future.


Jack: Nicole is really good at making friends! I like her friendships with Ava, Chloe, and Rafe.


Christine: This question makes me miss Bo Brady with Steve Johnson. They had one of the most authentic friendships in Salem.


Currently, Sami and Lucas have a great friendship/co-parenting relationship.


I agree that Allie and Tripp are starting a nice friendship, and I like Nicole and Ava, but overall, it feels like real friendships in Salem are lacking.


If Sami, Allie, Lucas, and Ava are no longer suspects, who do you think killed Charlie?


Bradys: Tripp was my option, but not anymore. When the storyline started, my number one suspect was John, but I discard him.


Now, John has a confession to make to Marlena, so maybe he is the killer. If he isn’t the killer, maybe it was Angelo.


Jack: I still stand by what I said last week: since EJ is returning, maybe he killed Charlie.


Or how’s this for a plot twist: Gabi was grilling Ava about it because Gabi killed Charlie. I can’t imagine why she would, but that would be an interesting development.


Christine: I’m still going with Angelo because he thought Charlie embarrassed the family (even mob families have standards.)


But I’m keeping Claire in the mix. If she somehow ended up at Charlie’s, she could have feared for her life, picked up the gun, and shot him.


What was the most awkward or uncomfortable scene from this week’s Days of Our Lives?


Bradys: The Theo/Ciara scene. It was weird to me because this was their first contact in years, and then he told Ben that Ciara is his best friend.


Jack: I really hated the Xander/Bonnie sexathon in the April Fools episode, especially when Bonnie said she wanted to recreate the “Father Eric/Kristen sex tape.” THAT WAS RAPE. Once again, Days of Our Lives is treating sexual assault as a joke.


Christine: Yeah, the Xander/Bonnie sexcapades were kind of cringe-worthy.


Everything about Chloe, from her fake April Fool’s Day story to her real, ‘pining for Brady’ story, was uncomfortable to watch.


And that prison visit with Brady, Vivian, and Susan as Kristen was really difficult to sit through.


What was your favorite quote, scene, or storyline from this week’s Days of Our Lives?


Bradys: The fight between Gabi/Philip and Kate/Jake. Great scenes, great actors, and a great storyline for now.


Jack: When Shawn and Jan talked about This Is Us! Haha, just kidding, but I do love that show.


Seriously, I liked Shawn and Jan talking about there being too many serial killers during the April Fools episode.


In the real episodes, I enjoyed many of the murder mystery scenes. Rafe and Sami’s banter was fun, and I was glad Ava told Nicole the truth about her part in that night.


Christine: I loved the banter between Rafe and Sami. Sami has a unique relationship with all of her exes. She makes them crazy, but they still love her on some level.


John and Sami during the April Fool’s Day episode was a hoot. From John’s “Oh, what’s the big deal, it’s just Hattie Adams.” to Sami’s “blah, blah, blah” after killing Belle, it was hard not to laugh.


Now it’s your turn, Days fan, and don’t just phone it in! 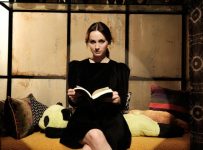 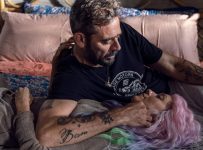 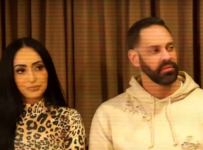 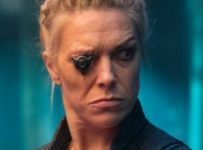 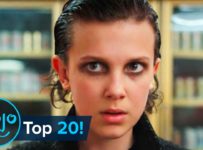 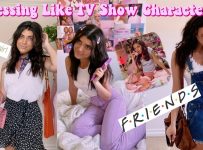